In gratitude for the work

Today the Pushkin Drama Theater hosted a gala evening in honor of the completion of the overhaul. It was attended by all those who invested a lot of effort into the first and most large-scale transformation of the institution in its history - builders, architects, designers. The Mayor Sergey Berdnikov expressed gratitude for the work done.

Magnitogorsk Drama Theater is of great cultural importance not only for the city, but also for the entire Chelyabinsk region. Drama Theater is really popular and loved by Magnitogorsk residents, guests of the city. It includes three scenes - the main, medium and small, the auditorium.

And after the overhaul, not only the facade and interior of the institution was transformed, but also the entire technical part. The institution was equipped with the latest technology. Unique equipment appeared (sound, light, video projection), the upper and lower stage mechanics, sections of technological television and the assistant director's console were completely renewed. Finishing works were carried out only with modern decorative materials. In the theater appeared lighting fixtures, made to individual order.

In gratitude for the titanic work of managers, builders, architects and all those who took part in the overhaul, today in the Drama Theater named after A.S. Pushkin was a gala evening in the format of a concert-cabbage "Reload. New format". It should be noted that in the process of repair work many contractors were involved, who were able to successfully and timely implement the grandiose project.

At the very beginning, all guests were presented a documentary film "Preface to the opening", which showed all stages of the overhaul of the Pushkin MTR, which was held under the strict control of the Mayor Sergei Berdnikov. Each interior element, design and technical solutions were agreed more than once. All in order that not only connoisseurs of living art appreciated the large-scale work, but also other citizens, far from the theater, wanted to visit it. At the gala evening with words of gratitude to all who took part in the process of transformation of the theater, the Mayor Sergei Berdnikov spoke.

"This moment is the most exciting for all the time that I hold the position of the mayor. The problem of drama theater always touched me alive, as the theater represents those people who live in this city. Before the reconstruction, it caused an oppressive feeling and needed major repairs. In 2018 I promised that I would take care of this problem, no matter how hard it was, and I will do everything to breathe life into the building again. And already in 2019, at the end of the theater season, we began repair work. I would like to express my gratitude to the Governor of the Chelyabinsk Region Alexei Leonidovich Texler, PJSC "MMK" and Chairman of the Board of Directors of PJSC "MMK" Victor Rashnikov, who provided us with invaluable assistance. I should note that the city-forming enterprise helped us in two directions: firstly, co-financing, and secondly, the metallurgical plant provided the building of the Left Bank Palace of Culture of Metallurgists, where the troupe moved for the period of repair work. Almost in a year, a little bit more, despite the emerging difficulties, we finally opened a drama theater together. I think that everything turned out great! - said the Mayor Sergey Berdnikov. - Our theater today is the best in the Urals. And we will continue to move forward, and the residents of our city will see only the best. The most modern equipment is used here. We have also made sure that, passing by the building, residents can see what is happening on stage on a large LED screen. The hall is huge, but unfortunately, it cannot accommodate everyone who participated in the construction. Thank you to everyone who was involved in the repair of the drama theater, for the professional work that was carried out in a very short period of time. After all, together with the theater, they gave the city a holiday of the soul!

In turn, the director of the Drama Theater named after A.S. Pushkin Evgeny Klimov thanked Sergei Nikolaevich for the tremendous support during all the work.

"The day has come, which we have been waiting for a very long time. It would be desirable to thank from all collective and from ourselves personally the customer - МКУ "УКС", the general contractor - MT "Magnitogorskinveststroy" and all contract organizations for their professionalism and work, that today we have possibility to begin work in such fine building. Huge gratitude to Sergey Nikolaevich for his not indifferent attitude as without it all it wouldn't happen! - Evgeny Klimov expressed his words of gratitude.

The evening continued with performances of actors who presented the audience numbers from different plays, musicals, as well as author's scenes.

And on September 30 the Pushkin Drama Theater will start a new story - a new theater season will open. In the renovated building, the audience will be presented the premiere performance "Secret Dreams of Mr. M. Balzaminov".

According to the recommendations of Rospotrebnadzor, the theater is subject to all restrictive measures: seating in the hall - one in two, temperature measurement at the entrance, mask mode and sanitation workers. 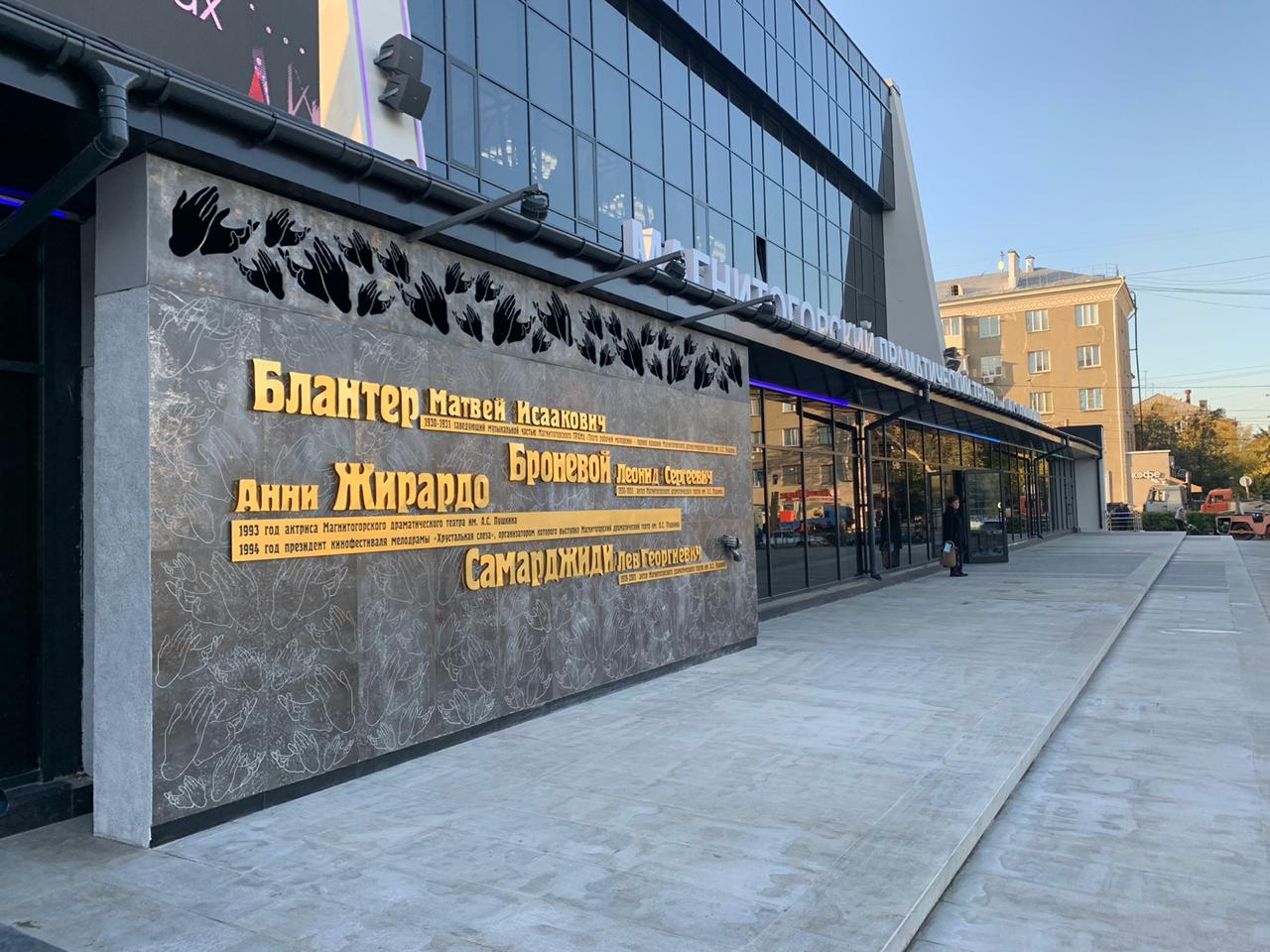 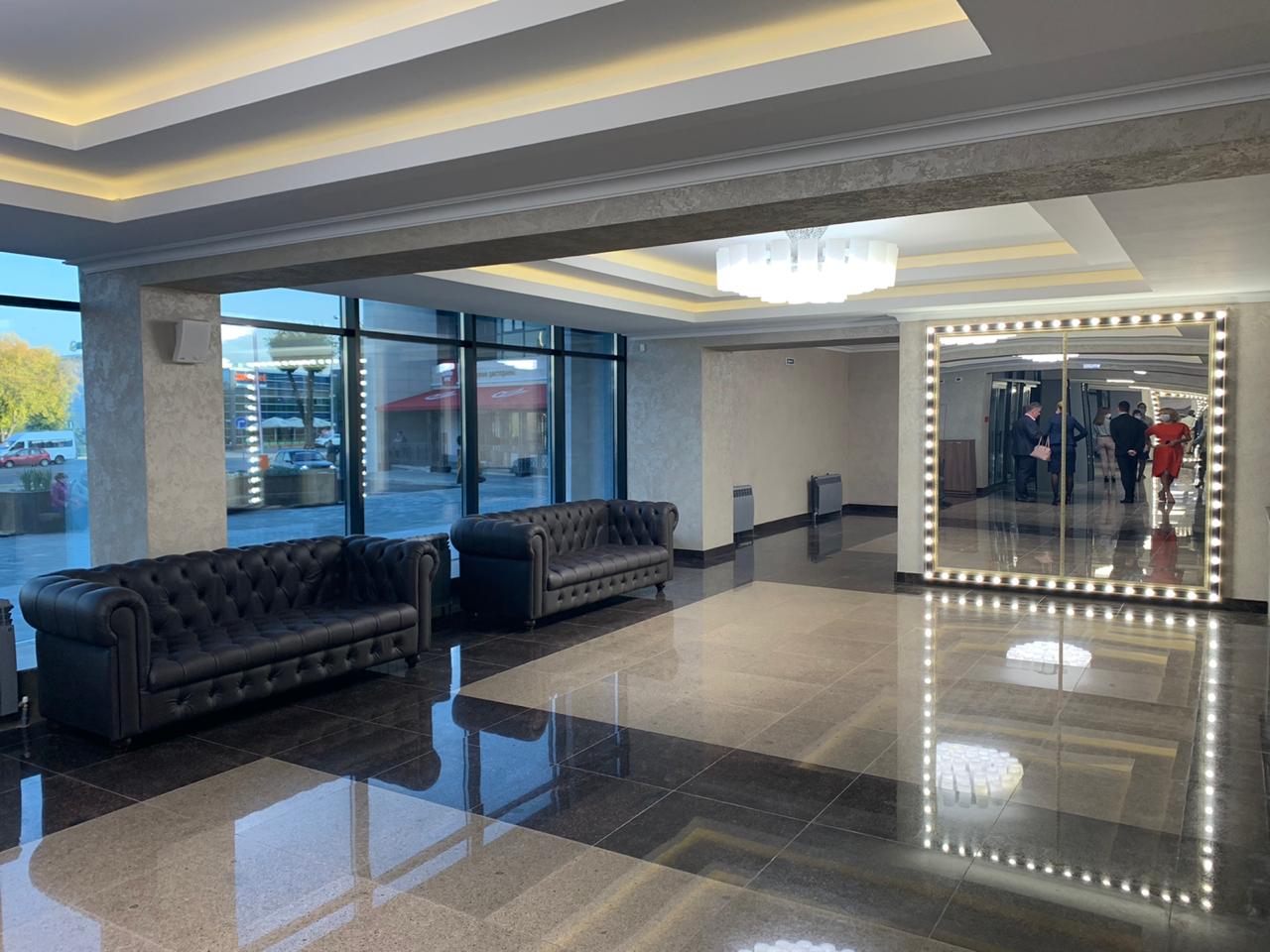 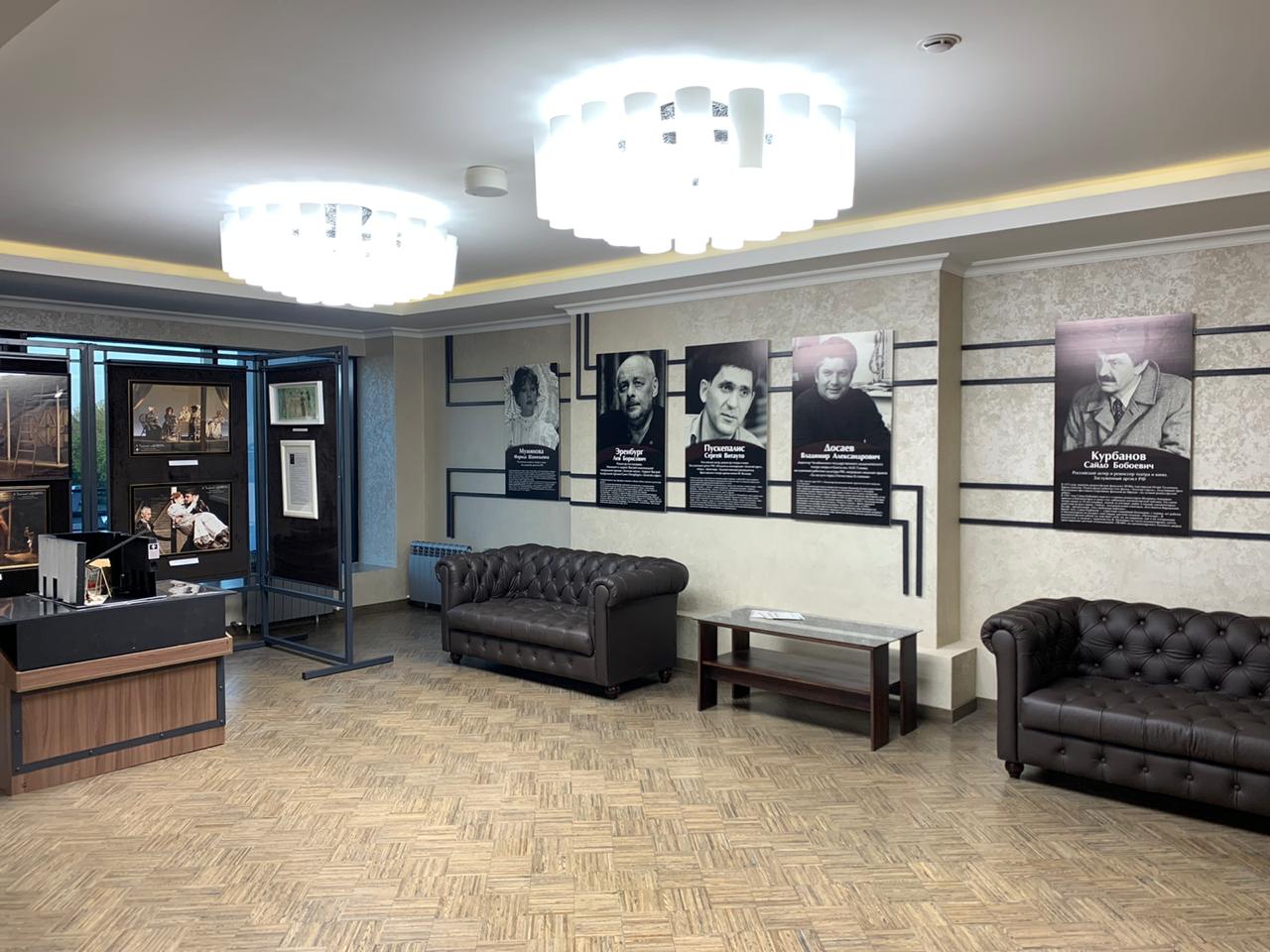 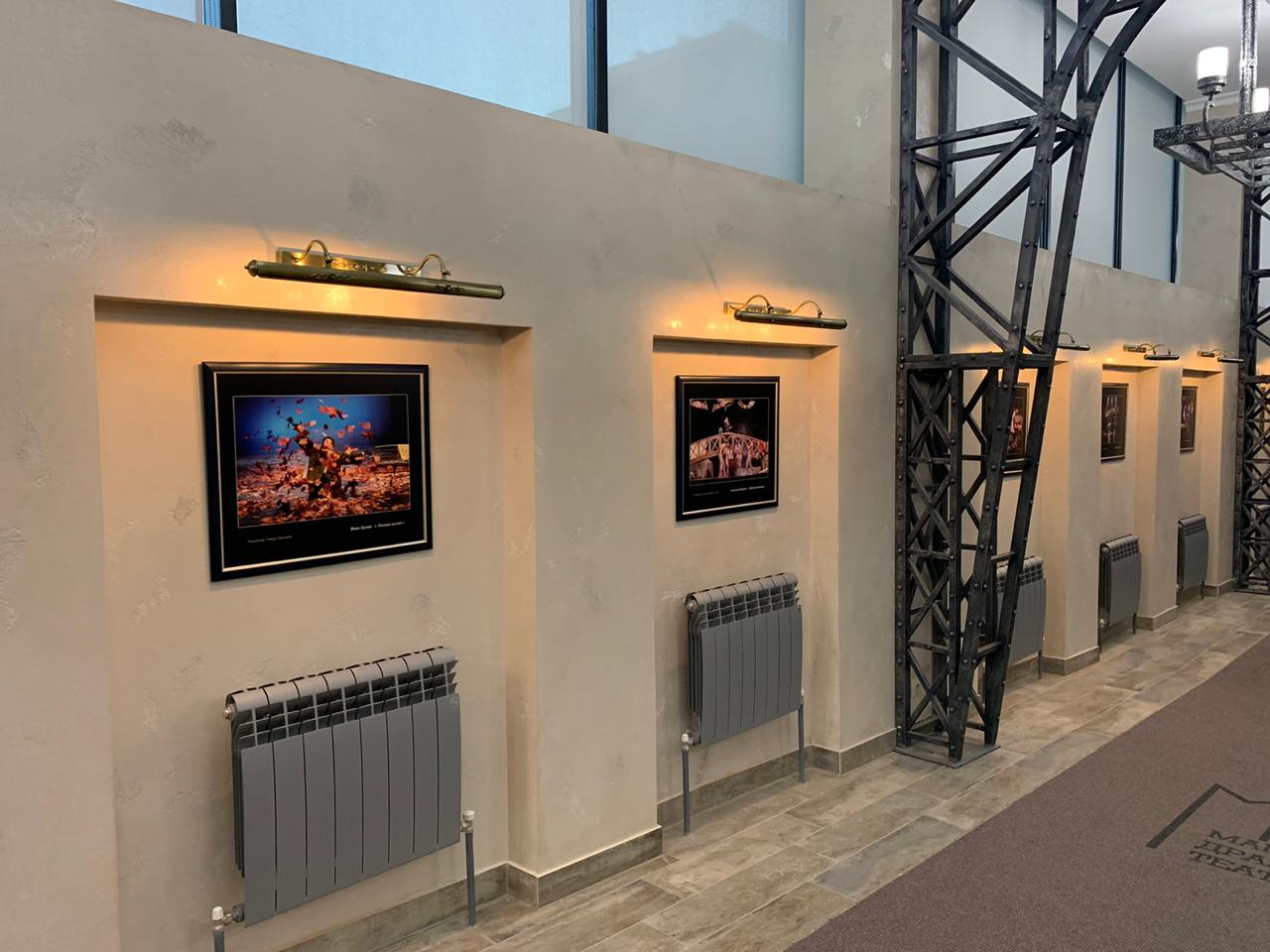 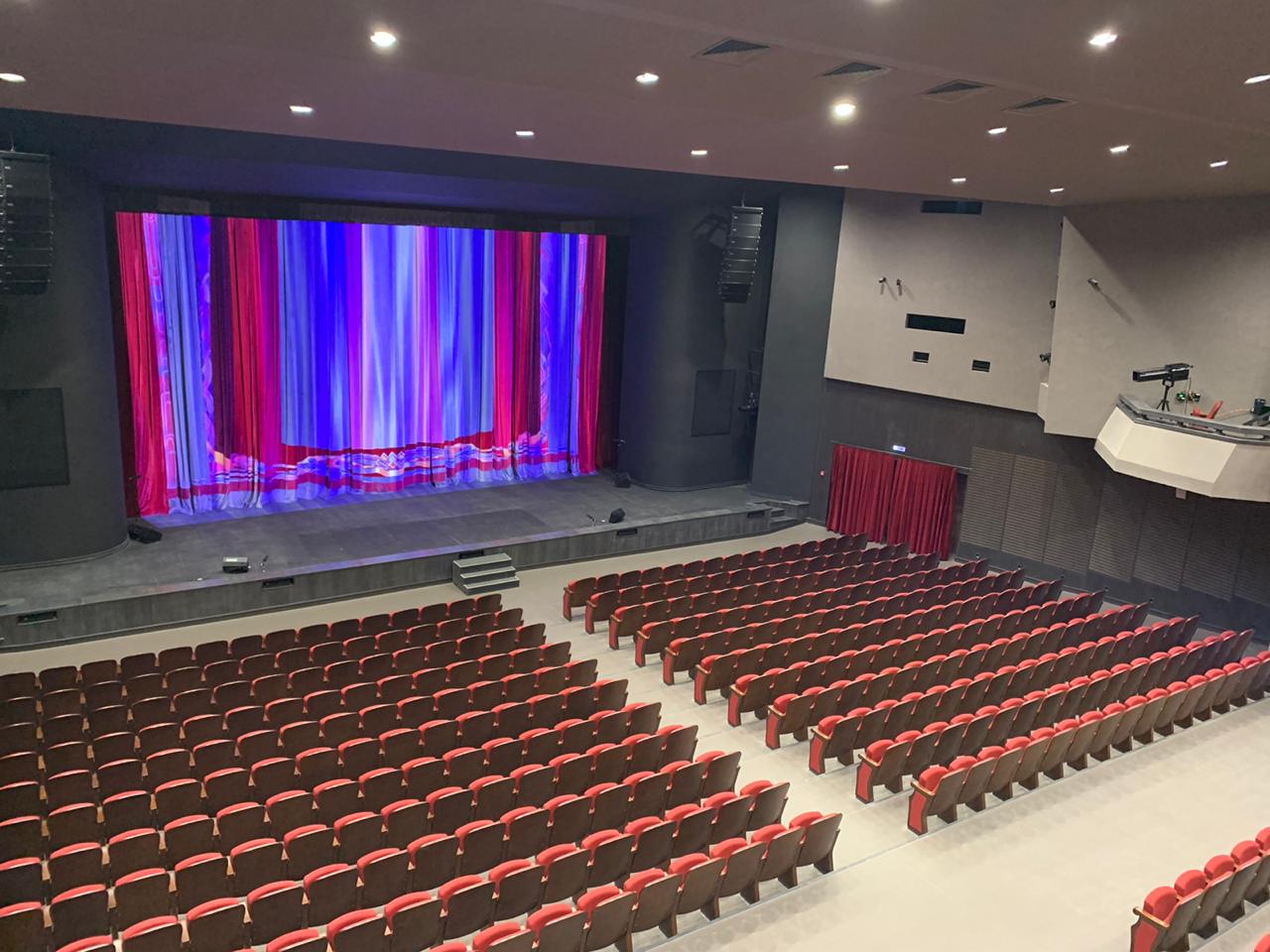 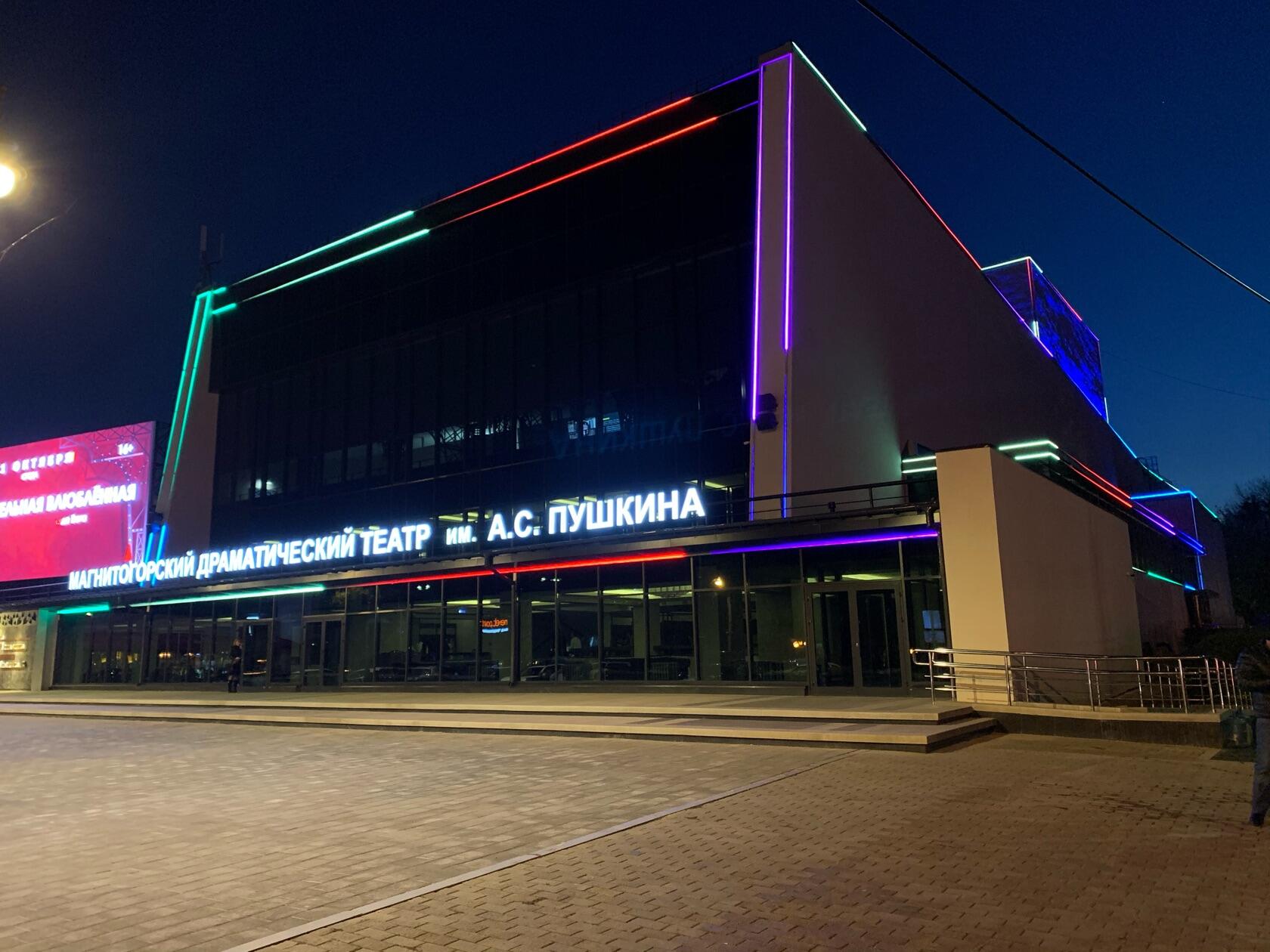